Irish writer and filmmaker Rockatansky grabs us with his slogan art, creating formal epigrams, slogans and commentary. His work (and writing) is about rebirth in one form or another.

In his own words:

“BUKOWSKI SPILLED HIS GUTS ON THE STREET FOR YOU.  BRING A SPOON ASSHOLE”: My girlfriend hates this slogan, sees it as negative … “Why are you calling people assholes?”  I don’t see it as negative; I think it’s funny and honest.  Really enjoy reading Bukowski.  He was no saint and I’m not glorifying his destructive and abusive ways.  Bukowski was in fact a writer who shared with us what he saw as beautiful and profound, but by and large, he did it by attacking what he hated; he did it that way to humour himself when life was humourless, to survive a horrific childhood, to survive alcoholism.  What remained, he loved.  If you disagree, read his poem “Nirvana” or listen to Tom Wait’s spoken word version on his album, “Brawlers, Bawlers and Bastards”.  The slogan is saying: find the courage to admit just how ugly you get and work with it.  And until you see some gold, keep fighting, survive. 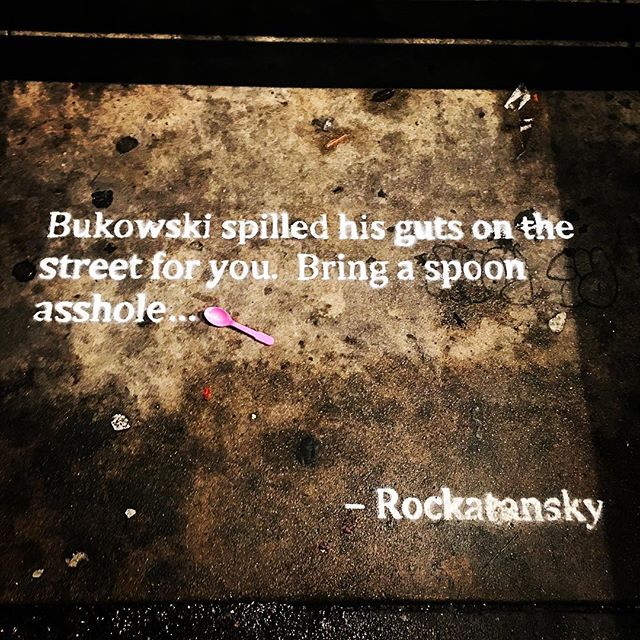 “WAITING FOR A MURDER”: In an effort to pretty up their bus stops, the city put up all these ugly and meaningless plastic images of flowers.  I decided to give them some meaning.  It’s about the street population: the insane, the dangerous, the addicted, the impoverished, and how amongst the gentrified streets of my neighborhood, in the cracks so to speak, there are violent attacks on a regular basis, violence which often goes unreported, let alone investigated.  So I saw this location as somewhere where a violent crime is just waiting to happen and that thought changed my relationship with my surroundings. 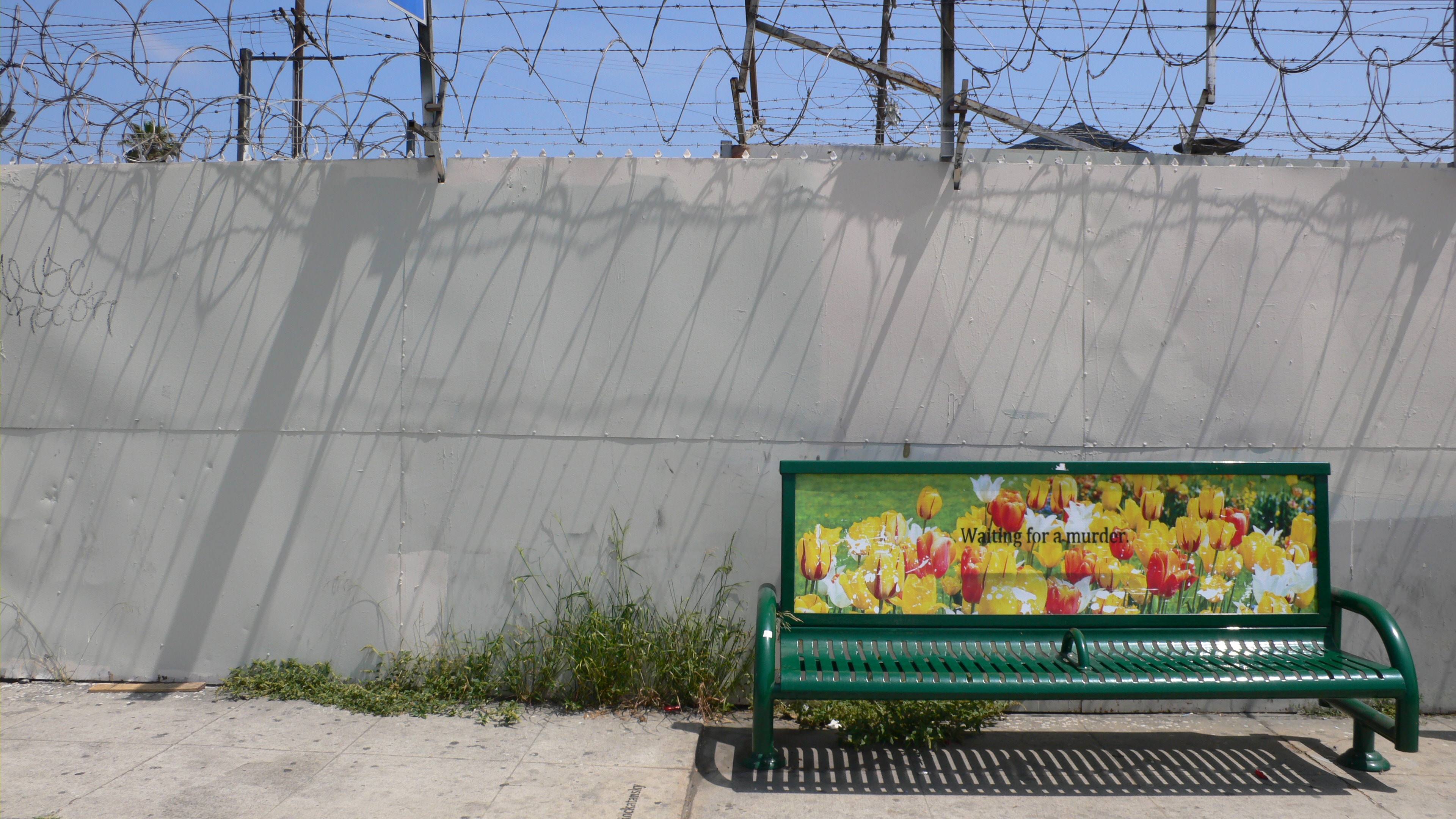 “FLOATING”: Because we are, actually floating through time and space, ever so briefly; that’s the ultimate trip, sober.  And what do I spend most of my time doing?  Managing fear, anxiety, anger, and managing it badly.  It’s insane.  Now maybe that’s not particularly inspired or interesting, an obvious thought to most, but I’m an alcoholic and addict in recovery; for people like me, it’s not obvious and I must remind myself daily, that I’m more than the sum of my parts.

At Bus Stops Around San Francisco, Radiant Photos of the City’s LGBTQ Communities VIA:...

END_OF_DOCUMENT_TOKEN_TO_BE_REPLACED

In this week’s installment of Poetry Friday, we bring back Elizabeth Hellstern, inventor of the...

END_OF_DOCUMENT_TOKEN_TO_BE_REPLACED

VIA: Art NewsCan a phone booth become an art space? That was the question artist Damián Ortega...